Learning to Teach: The Robot Experience

A special post by Saul Cuevas-Landeros about his internship experience at CTP.

When I was first assigned the task of working with the mBot robots at CTP, I didn’t think I would have to think about and consider so many different perspectives. Looking at the mBots, I thought they would be basic introductory toys, and on one level, they are. The little ‘smile and eyes’ on the mBot would definitely make you feel that way. But as I dove deeper into the mBot and my tasks with it, I realized I definitely got more than I bargained for. 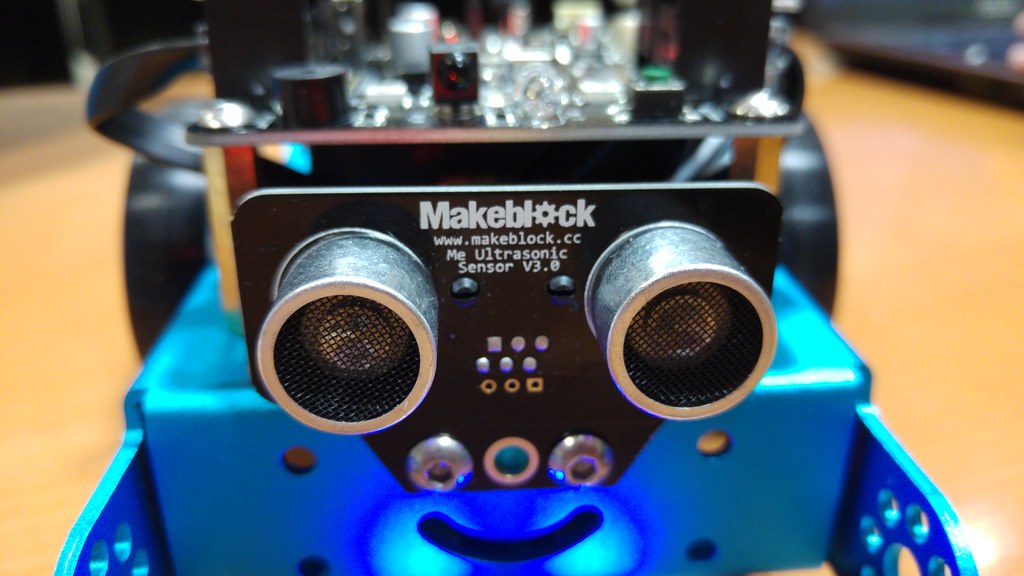 First, I had to play with the robot and explore all of its different functions. Since I would need to write lessons, how could I be a teacher without knowing first what it feels like to be a student? I explored many functions of the mBot, from technical to aesthetic functions, from making it move to playing notes and turning on lights. Since the robot is able to function from a tablet, using Bluetooth, by uploading code, and a USB, I had to experiment with which form would be best for future students to use and also how I could best explain it.

I then had to write code for the mBot, something that initially seemed simple, but took me a bit longer than I expected to get used to. I had to experiment with different functions of the mBot and write teachable code for people to complete in set tasks. It was a long exercise of learning from failure. In this process, I had to really get into the details to ensure that people trying to complete the lessons, who would have little to no previous experience, could follow along and understand what to do.

Taking on this whole process really made me think more about the efforts of some of my teachers and get a peek into what they may have to do to create a fully functioning lesson. I never knew that going into such detail and having a complete lesson, that is explained well, could be so difficult at times. Sometimes realizing that some people may not be as advanced was also difficult because I started to get used to what I did, but then I realized that at one point I was also struggling.

Now that I have completed creating the lessons for the mBot robots, I have been able to realize the time and work that goes into the various stages of development of lesson plans and appreciate more of what happens in the work of other people and professions. I have been able to create lessons like an instructor, work and learn with the robots like a student, completed trials and experiments like a physicist, and write code like a computer programmer.

CTP staff thanks Saul for his great work at CTP during his internship and the Achieve Program for the great work they do in our community. It was a wonderful experience for all of us here at CTP and we know that Saul will go on to achieve great things. Special thanks to Ted Dienstfrey, CTP Board President, for encouraging CTP to host an Achieve intern.